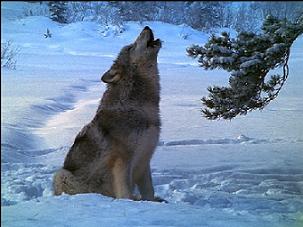 “We can increase your traffic, help perpetuate your important messaging, build your brand and positively influence your ROI.”

How many times have you heard something similar?

You know how the rest of this conversation goes.

“That’s exactly what we’re looking for. How will you go about doing this?”

“Yeah, a lot of brands are doing those things, right? We’re still learning, but we feel like we should definitely have those things. How do we measure our ROI though, isn’t it difficult with social media?”

“Well you can’t really measure ROI the way you would traditionally. Think of ROI has Return on Influence or better yet, change it to ROE and measure return on emotion. I can get you tons of Twitter followers, and countless hits to your blog.”

[A bit skeptical, but convinced they need to be doing “social media.”] Okay, that sounds good.

—————–
This might work once or twice. Maybe even a few times if you can target enough companies that don’t know any better. Some companies are small and don’t have the resources to learn this stuff on their own. Some are big and have enough money for you to do it for them. Some just want to pay for something to cover their ass and tell others A.) they’re doing it and B.) it’s your fault if it’s not a success.

But here’s the rub.

Eventually this recession will end. Eventually HR/Marketing/Customer Service departments will realize social tools should be integrated into their entire organization. Eventually a former client, who’s still not convinced that you provided much value, will work with someone else or wise up and realize you were full of it the entire time.

You’ll pitch your services all the same, but because you were insistent on pulling the wool over people’s eyes for the quick fix, people won’t believe you anymore. And nobody is going to come rescue your floundering Twitter consultancy, even if you chip in for their subscription to TwitterAdder.

—————–
People have discussed this before so why do I bring it up now?
Because early last week, I had the fortunate pleasure of attending Charlotte’s Social Fresh event, put on by Jason Keath and a slew of other awesome people. I really walked away with a lot of value and particularly enjoyed presentations by Keith Burtis, David Armano, Olivier Blanchard, and Spike Jones.

You could probably classify them all as gurus, but the truth is none of them would be caught dead calling themselves anything of the sort.

Want to know what all those guys had in common?

And they were also well dressed. In fact, I told Spike that I was impressed with the impeccable style displayed by the guys down at Brains on Fire. He attributed it all to Geno, who I was able to meet at a Charlotte Social Media Breakfast earlier in the year. Both killer guys!

It’s so easy to get turned off by the overwhelming amount of people that are crying wolf, and it would be really easy for the real influencers to take advantage of that approach as well, but they don’t. And that’s why they’re successful and will continue to be successful.

These guys were a helpful reminder that shortcuts aren’t the way.
Do yourself a favor and put in the hard work now. Learn your craft, hone your skills, never stop learning, and always, always be authentic in your approach. And when you cry, your customers will come running.

Oh, and ask Olivier what he thinks about Return on Influence.