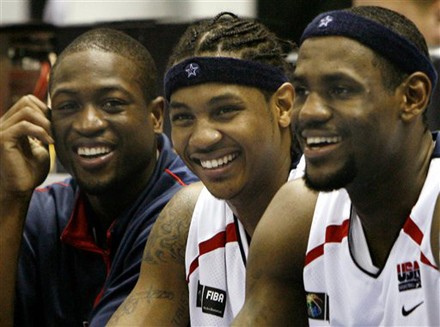 As I was reading through Marcus Buckingham’s “The Truth About You,” one of the things that really made me think was the fact that his statement that, “There’s no I in team,” is a false one.

This is something we have all heard growing up. It’s also something managers tell team members to emphasize the importance of the teams’ performance over your individual performance.

“What we, your teammates, need to know from you is what your strengths are, where your shoulders are the broadest, and when the pressure is on, what plays we can count on you to run.”

If you know what your strengths are and where you are the strongest, you can partner up with people whose talent fills the gap where you are weak. If I were starting a social media community would I want 4 people who know a solid amount about social media, building communities, web design, monetization? No, I would want the person that knows the most about social media, the best community builder, the most talented web designer and Darren Rowse.

Miracle happens to be on television tonight, and something Coach Herb Brooks (Kurt Russell) said helped to reinforce Marcus’ philosophy:

“All-star teams fail because they rely solely on the individual’s talent. The Soviets win because they take that talent and use it inside a system that’s designed for the betterment of the team.”

Then this blip from a conversation between Craig Patrick and Brooks:

The best illustration I can think of is the difference in Team USA Men’s Basketball in 2004 and the 2008 Olympic Gold Medal team. The 2004 team was made up of some of the best basketball players in the world, but many of them were cut from the same mold. They were slashers, mid-range shooters an athletic specimen.

The 2008 team not only adjusted to the style of International play, but they also changed the dynamic of their team. Instead of a bunch of shoot-first point guards, they brought back Jason Kidd and added Chris Paul and Deron Williams, all unselfish guys who look to distribute first. They carried 3 big man on the roster instead of 5, and they added a deadly shooter in Michael Redd and a lock down defensive talent in Tayshaun Prince.