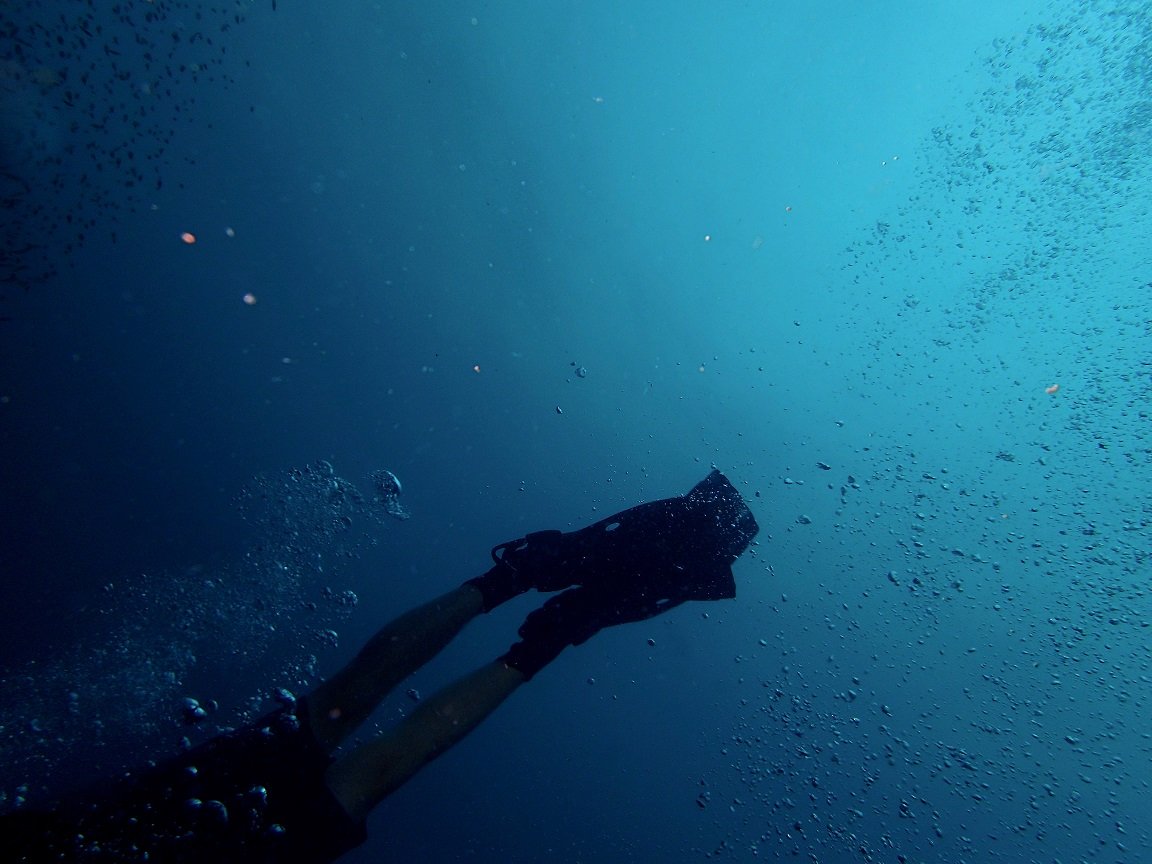 After two of the most prolific readers I know (Ryan Holiday) and (Patrick O’Shaughnessy) recommended “Shadow Divers: The True Adventure of Two Americans Who Risked Everything to Solve One of the Last Mysteries of World War II,” I knew it was time to pick it up.

Needless to say, they were right. I couldn’t put it down. Less than week later, I can honestly say it’s (probably) one of my top 5 books ever.  It’s definitely the best narrative non-fiction I’ve read.

Rather than my typical 10,000 word review, I thought I’d just share a few of my favorite excerpts below, emphasis mine.

When things are easy a person doesn’t really learn about himself. It’s what a person does at the moment of his greatest struggle that shows him who he really is. – John Chatterton

In a world where even the moon had been traveled, the floor of the Atlantic remained uncharted wilderness, it’s shipwrecks beacons for men compelled to look.

Deep-shipwreck diving is among the world’s most dangerous sports. Few other endeavors exist in which nature, biology, equipment, instinct, and object conspire — without warning and from all directions — to so completely attack a man’s mind and disassemble his spirit. Many dead divers have been found inside shipwrecks with more than enough air remaining to have made it to the surface. It is not that they chose to die, but rather that they could no longer figure out how to live.

[When exploring an old, abandoned house as a child]: In the basement, John discovered jars of preserved fruit — it had to be a few years’ supply — and he (John Chatterton) was struck by the optimism of these jars, that the people who’d lived here had hoped to be around for a long time, that they had expected to enjoy eating something sweet in the future.

In 1968, John’s junior year, reports poured in about unthinkable war casualties all around Vietnam. Everyone had an opinion, and John listened to all of them. But the more John absorbed these viewpoints, the ore he suspected that these people din’t really know. It was not that doubted their conviction; in fact, he admired their passion and felt invigorated by the era. But he asked himself about the lives of the people behind the opinions, and the more he asked, the more he became convinced that few of them had ever gone out and looked for themselves.

“One more thing,” Mouse (an experienced Vietnam medic mentoring John) said. “ A lot of the stuff you do out there, you’re going to have to live with all the way down the line. You’ll have to make decisions out there. When that happens, you have to ask yourself, ‘Where do I want to be in ten years, twenty years? How will I want to feel about this decision when I’m an old man?’ That’s the question for making important decisions.”

[On his decision to become a commercial diver]: He (Chatteron) had experience in carpentry, steel working, respiratory medicine, and diving. [A great example of finding extraordinary success by combining ordinary talents in a unique way. Scott Adams calls this talent stacking.]

A shipwreck gave a man limitless opportunity to know himself i only he cared to find out.

To Chatterton, quitting the U-Who now would have been tantamount to quitting himself. For years, he had lived and dived according to a single set of principles, a belief that hard work, perseverance, thoroughness, preparation, creativity and vision made the diver and the man. He had overlaid his life philosophy onto scuba and had become one of the world’s great wreck divers. He had overlaid his diving ethos onto his daily existence and found himself leading an honorable and gratifying life.

Before John became arguably the best deep sea diver ever (and one of the protagonists in Shadow Divers), he was a medic in Vietnam.

During his time in Vietnam, he gradually distilled certain principles that seemed to him indisputable truths, and he collected these principles like so many medicines in the aid pack of his mind. As he neared the end of his six-month field obligation, he had come to believe these things:

It wasn’t until I was writing this piece that I stumbled across Ryan’s 8 Simple Yet Illuminating Rules To Live By From The World’s Greatest Deep Sea Diver.

You see, it’s often in times of deep shit that we discover truths about life. It’s when we realize that cliches and common sense and passed along wisdom are usually right and common for a reason. We can lean on them because they can support our weight.

John Chatterton’s rules deserve to be thought of in that league.

This blog started primarily as a marketing blog, but now features much more about work/life, social psychology, health and happiness. We also explore top performers (authors, entrepreneurs, business leaders and more) and dissect what we can take away to become top performers in our own work and personal lives.

If that interests you, consider subscribing below or by clicking here (especially if you’re reading via RSS).