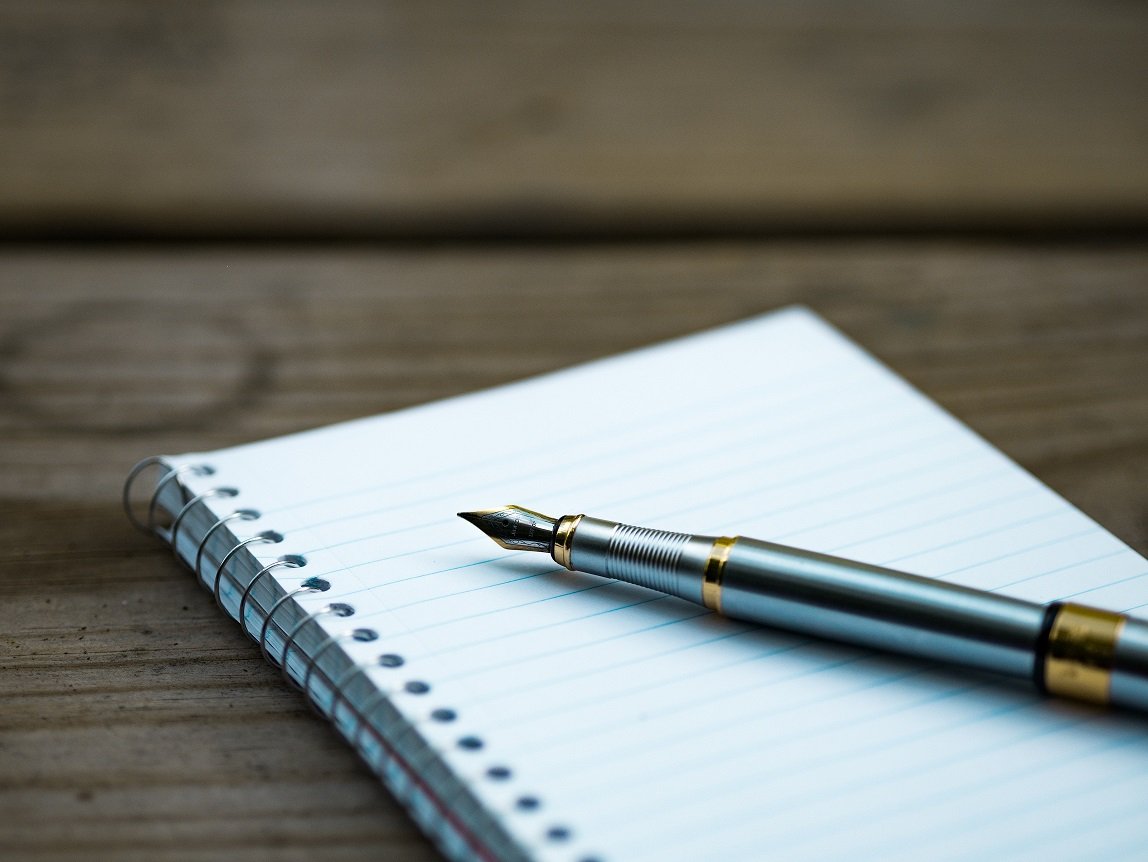 No one is waiting to read what you’ve written.

Nobody wants to read anything.

Aside from Anne Lamont’s Bird by Bird, Steven Pressfield’s Nobody Wants to Read Your Sh*t

is the “writing” book that gets recommended most often.

The book starts with a the following premise:

No one is waiting to read what you’ve written.

Nobody wants to read anything.

It’s not that people are mean or cruel. They’re just busy.

Nobody wants to read your shit.

The reader donates his time and attention, which are supremely valuable commodities. In return, you the writer must give him something worthy of his gift to you.

1.) Nobody wants to read your shit.

2.) If you want to write and be recognized, you have to do it yourself.

Photo by Aaron Burden on Unsplash

If you’re knew around these parts, you’ll know that my book ‘reviews’ aren’t so much reviews (there are plenty of those on Amazon), but typically my favorite excerpts, takeaways and lessons learned from the book. My goal is that you’ll be able to take advantage of the main ideas without having to read the whole book. Of course, I hope that getting a taste will encourage you to pick up the book for yourself. We all experience books differently.

At the inception of any project, I ask myself, “What is the concept?”

What the ad person understands that the client does not is that nobody gives a damn about the client or his product.

It ain’t stealing if you put a spin on it.

How to Get a Bad Idea

Define the problem and you’re halfway to the solution.

Defining The Problem in Fiction

Walter White: Chemistry is the study of change.

Problem: What is this show about?

Pressfield had just worked 26 months straight to finish his first book. He went to his writer friend and told him he’d finished:

“Good for you,” he said without looking up. “Start the next one today.”

Getting Over The Hump

I was using the act of writing as a pretense to plant my own ego on the planet so that I could believe I really existed.

A real writer (or artist or entrepreneur) has something to give. She has lived enough and suffered enough and thought deeply enough about her experience to be able to process it into something that is of value to others, even if only as entertainment.

A fake writer (or artist or entrepreneur) is just trying to draw attention to himself. The work “fake” may be too unkind. Let’s say “young” or “evolving.”

The process is about pain. The lessons come the hard way.

Break the piece into three parts– beginning, middle, and end.

By hooking them (Act One), building the tension and complications (Act Two) and paying it all off (Act three).

“Every work can be divided into between eight and twelve major sequences.” — David Lean

The Hero’s Journey in Three Acts

Every First Act Must Have an Inciting Incident

The Inciting Incident is the event that makes the story start.

It must happen somewhere within Act One.

Embedded in the Inciting Incident is the Climax

How can you tell when you’ve got a good Inciting Incident? When the movie’s climax is embedded within it.

The Second Act Belongs to The Villain

Keep the villain up front throughout the second act.

Every Character Must Represent Something Greater Than Himself

Each stands for some quality, some aspect of the story’s theme that transcends his narrow significance as an individual.

Start at the End

The ending dictates the beginning.

Stories work. Tell it to me as a story.

Make the stakes life and death for your hero or for someone he/she loves.

Get your characters in danger as quickly as possible and keep ratcheting up that jeopardy throughout the story.

Our characters must, with life-and-death-desperation, want or need some Thing or Outcome (stakes). Then their hold on, or hope for acquiring that Thing or Outcome must be thrust into grave-and-getting-graver peril (jeopardy).

American stories buy into (and sell) the American dream — you can be anything you want to be if you’re willing to work for it. And they deal with the American nightmare — what if we try and fail?

2.) American movies believe in cause and effect

The American Dream believes in justice. If you and I work hard and play by the rules, success will be ours.

“Thou shalt not take the climax out of the hands of the protagonist.”

Write for a Star, Part Two

The character must undergo a radical change from the start of the film to the finish. She has to have an arc. She must evolve.

Write for a Star, Part Three

Give the star an inner and outer journey.

The All is Lost Moment

Your job as a writer is to give your hero the deepest, darkest, most hellacious All Is Lost Moment possible — and then find a way out for her.

A great epiphanal moment not only defines the stakes and the jeopardy for the protagonist and for the audience, but it restates the theme and answers the question, “What is this story about?”

Give Your Villain a Brilliant Speech

It must be so rationally stated and so compelling in its logic that we in the audience (or at least a part of us) find ourselves thinking, “Hmm, this villain is evil as hell — but we have to admit, he/she’s got a good point.”

You don’t really learn an art or a craft in school. In the real world, the process is more like an apprenticeship, multiple apprenticeships under multiple masters.

People farther up the food chain take your time, your energy, your body. You let them. You want them to take these things. It’s the price you pay to learn.

Then there’s the way you really learn: Alone at your keyboard.

The arc of a career is not entirely random or shaped in the end by factors beyond our comprehension or control.

All of the principles Steven learned in twenty-seven years of working as a writer in other fields:

If we get our narrative device right, the story will tell itself.

Think in Blocks of Time

When we think in blocks of time, we acquire patience.

Thinking in multiple drafts takes the pressure off.

What the Screenwriter Taught the Novelist

Screenwriters start at the end. They solve the story’s climax first. Then they work backward. They layer in all the foundational material that the climax needs to deliver its emotional and thematic wallop.

Flashback: A Novel Has to Have a Concept

A concept is a spin or a tesit, a unique and original framing of material.

Flashback: A Novel Has to be About Something

A concept is external. It frames the material and makes us look at every element of that material from a specific point of view. A theme is internal. When we strip away all elements of plot, character and dialogue, what remains is theme.

From the first day I start to think about an idea for a novel, I ask myself, “What is this damn thing about?”

Neither one had characters that could be manipulated like those in fiction. Neither possessed an obvious narrative, nor a hero or a villain, an Inciting Incident, an All Is Lost moment, a three-act structure, nor an immediately apparent crisis/climax resolution.

Yet I wrote both of them as if they did, and it worked.

A Non-Story is a Story, Part Two

What are the universal structural elements of all stories?

This is the shape any story must take.

A beginning that grabs the listener.

A middle that escalates in tension, suspense, stakes, and excitement.

And an ending that brings it all home with a bang.

The Voice of Authority

Authority is critical in self-help.

The hardest and maybe the best way to establish authority is through the quality and integrity of the voice itself.

Done right, a voice can convey unchallengeable authority, supported by nothing but it’s own ring of truth.

How Shawn Structured The War of Art

He organized the chapters into three sections:

If the Build is, “Here’s the solution” …

Then the Payoff is, “Ms. Writer, your role in this timeless, epic struggle is noble, valorous, and necessary. Heed the calling of your heart. Stand and go forth.”

Flashback: Narrative Device in the War of Art

Narrative device is supremely important in self-help. You, the writer, are the reader. The reader will hear you and listen to you only to the extent that she knows you know what you’re talking about and that you are there only to help.

There is a Devil

Resistance is real. Self-sabotage is a fact.

There is a Muse

As powerful as is the negative, destructive force we name Resistance, so might is the positive, creative force we call the Muse.

The artist enters the Void with nothing and comes back with something.

“How do I know which idea to work on?”

Here’s how you know — when you’re scared to death of it.

The whale is your unwritten book, your unsung song, your calling as an artist. You die grappling with this thing, lashed to it, battling it even as it takes you under. But your death is not a mortal death. You die instead the artist’s death, which leads to resurrection in a higher, nobler form an recruits you to the next hunt, the next chasem the pursuit of the next Thing You Love.

Each incarnation is an apprenticeship, if you live it that way.

Nobody Wants to Read Your Shit

What Nobody Wants to Read Your Shit means is that you/we/all of us as writers must learn to leave space for the reader.

This is an education in editing out the ego.

The gift = where what we offer is for the reader’s good and not our own.

This blog started primarily as a marketing blog, but now I write much more about work/life, social psychology, health and happiness. I will also continue to explore top performers (authors, entrepreneurs, business leaders and more) and dissect what we can take away to be top performers in our own work and personal lives.

If that interests you, consider subscribing (here on RSS) or below: