I will be the first to admit that these videos are relatively entertaining and definitely have the potential to become quite viral. I am certainly not a viral video expert, but I was discussing these videos with a colleague and we both thought that had great potential but that they should’ve refrained from the blatant advertising at the end of the videos. I just think that consumers would be more prone to passing the videos around if they were less of an advertisement. The Whopper Freakout didn’t end with saying, “Go to your nearest Whataburger and buy a Whopper,” which is essentially what OfficeMax is doing in my honest opinion. I just think they could have shown that it was OfficeMax in a more subtle manner.Some people tend to agree with me (all comments from YouTube comments):

“I got duped maxed – this isnt about pennies – its an Advertisement”

“what the hell? For office max? It was funny until the school supplies came in.”

“So now that I was misled into watching your **** AD **** masquerading as a ‘hilarious prank’ I just want you to know that my company office spending just shifted to Office Depot or Staples. I usually can spot an ad but this one had me fooled.
–So what you just did is made a fool out of your customer—“

“I went to office max and paid for $40 with pennies. They wouldn’t take it.”

But they’re also getting the types of responses they want:

“They’re like 2 dollars at Target. You can get 200 glue bottles for the same price at Office Max.”

“wow im going to office max. 1 cent glue? and all that stuff? Nice”

“I’ve watched all of his pranks like this. They’re hilarious!!!! And guess what??? I’m going to office max!!!”

“I don’t care that it’s a commercial. it’s freakin hilarious!”

I guess at the end of the day it boils down to simple economics. Does the fact that they have the blatant advertisements at the end of the videos entice more people into the store (of those that watch the video)? Would more people watch and pass around the videos without the advertisements at the end (probably)? But would enough of those extra people know it was OfficeMax and go into the store? (I think so, the consumer is more intelligent than most companies give them credit for these days).

Please weigh in. What do you think? A viral success? Would the videos be improved, more viral, etc. without the advertisements at the end of them? Any opinions I get via Twitter (in the next 24 hours or so) will added to this post in tomorrow evening’s revision. 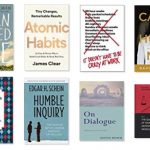